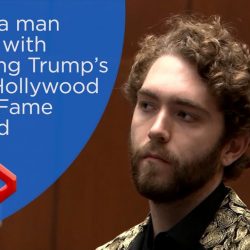 The man who allegedly destroyed the Trump star on the Hollywood Walk of Fame was arraigned in court on August 15 and plead not guilty. Austin Clay was charged with smashing Trump’s star with a pickax destroying it. Clay’s attorney Ben Perlmutter said they are not disputing the act and that it comes down to how the district attorney responds […]